From a scrappy 1/4 acre to a homestead on more! Livestock, gardening, meat, wool, eggs, dairy, DIY projects, and life from scratch.

A couple weeks ago some friends gave us a beautiful breeding pair of Muscovy ducks. The drake is about nine months old and the female is a bit younger, I believe. We brought them home and I instantly fell in love. That is a pretty big deal considering I don’t like ducks or geese in close proximity to myself. But these Muscovy ducks are adorable! And quiet, near silent. And sweet. They even wag their tails when I feed them in the mornings. I mean really, they wag their tails like little puppies with bills and webbed feet.

We recently converted our big, insulated shed (that our Angora rabbits lived in) into a chicken coop. The long, enclosed, hoop arch we put together out of pvc and welded wire fencing for turkeys and pumpkins last year was attached to the back of the new coop for some outside space. Safe, outside space, I should say. As much as I would love for the ducks –especially the ducks– to be able to go play in the seasonal creek that cuts through our property, we have a very large population of hawks here. In fact, when we first moved here and did let the chickens free-range, we had two hens “mysteriously” disappear. And now that I think of it, we caught a red-tailed hawk red handed (!!) pinning one of our hens down in the yard. Doubtless she was too heavy to take off with quickly, as big as the hawk was.

On to today’s story–
Our house is situated in an odd mountain top valley. There is always a constant breeze, which is especially nice in the heat of the summer. The other side of having such nice breezes is that when a strong storm comes through, we can experience extreme winds. Like, blow-the-shingles-off-your-roof kind of extreme winds.

Last night we had a lightening storm come through with high winds. This usually blows everything around and makes a mess of the yard, so when I went to do my animal chores this morning it didn’t surprise me that some of the animals were weary of leaving their warm nests to see what was for breakfast. When the male duck, but not the female, came out into the run to eat –I grew a bit concerned. I went around the other side of the coop to look for her and discovered the human-sized door to the coop had been blown wide open!

My very first thought was: crap! My next thought was: If I were a cute duck, where would I go? Duh. The creek. The creek is downslope from the coop across a one-acre field. Looking across, I was easily able to spot the little white head of the female duck… swimming happily in the deep end of the creek. Ugh.

So I grabbed a small scoop of food and spent the next half-hour trying to coax a darling little duck out of probably the best creek she’s ever swam in. Our creek is mostly overflow from multiple ponds up the road from us so it is hardly the kind of water humans would want to swim in. Not to mention that the cold, foggy weather was not really ideal for tromping around in water soaked earth, jumping across mossy rocks half emerged in ice water. Eventually I was able to herd the duck back up the hill to the coop where her drake promptly told her to “get her wet tail feathers back in the house, Trollup!” At least, that’s what I imagine he would have said in that breathy, hissing voice Muscovy ducks use.

In the end, I am shown once again how ridiculous farm animals make us look. It’s hard to hold on to your dignity and grace while spending a rainy morning in your pajama pants chasing a tiny duck around while she flaps and swims and dives in the water happily. And I doubt that will be the last time I am ever made to look silly around here. I don’t mind it, really. But it would be nice not to have to change clothes as soon as I waddle in my own front door. 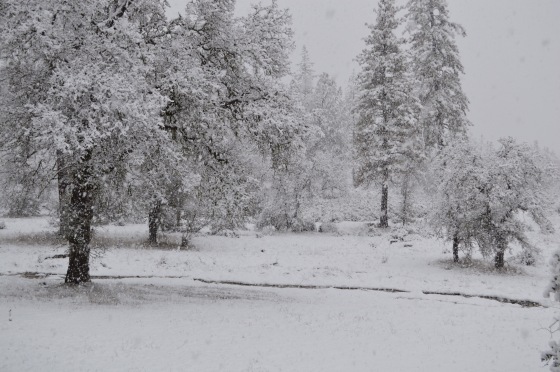 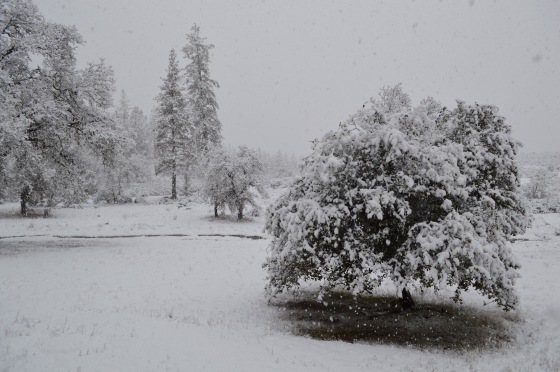 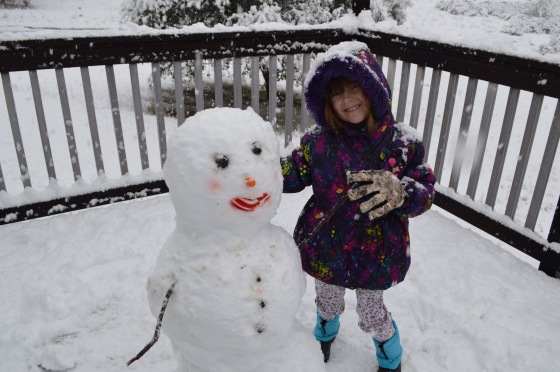 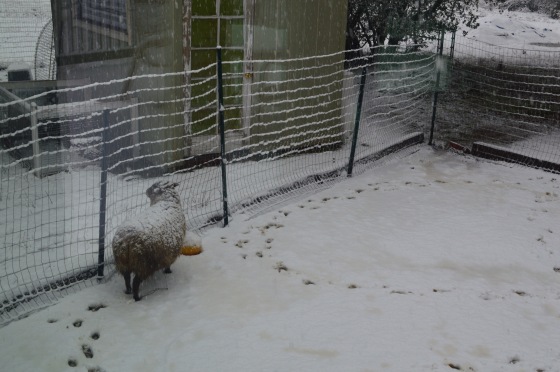 Surprisingly, we still have honey from our August 2014 harvest. Just a tad under 1/4 gallon. It certainly is not enough to give everyone a jar of honey for Christmas, but it is enough to make carmel candies. I modified a friend’s recipe for making carmel topping into this recipe that makes more solid carmels using none other than– honey!

If you are livin’ the dream, but livin’ it in the poor house this holiday season, you have just enough time to make a batch of carmel candies to feed a small army (or deserving family and friends). Plus some “scraps” to shove into your mouth while you’re wrapping these beauties up. 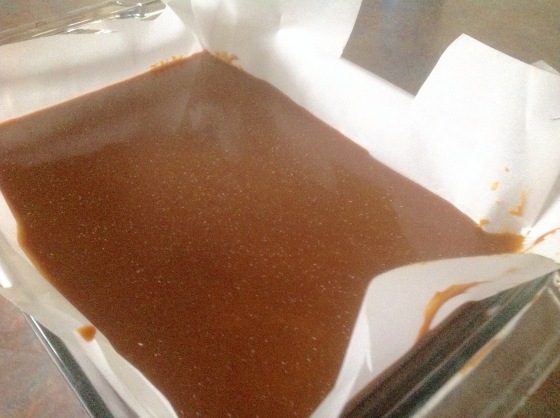 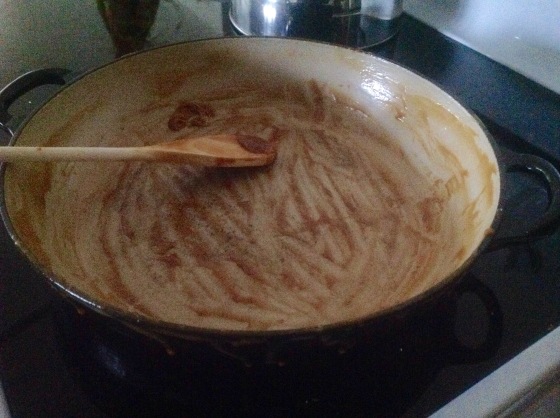 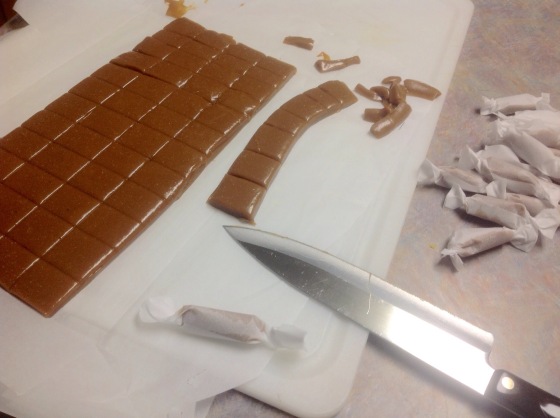 A good inch of snow fell late last week. Oh, you know, just in time for holiday travel. It’s alright though– the snow melted as just soon as the sun came up over the back hill. We were able to get a little crunch under our boots walking out to the goat pen and Cami built a small snowman. That’s about all you need. 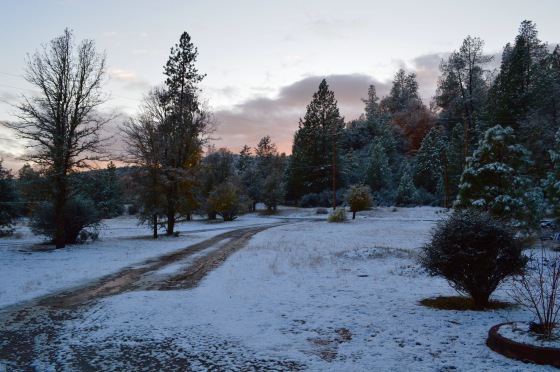 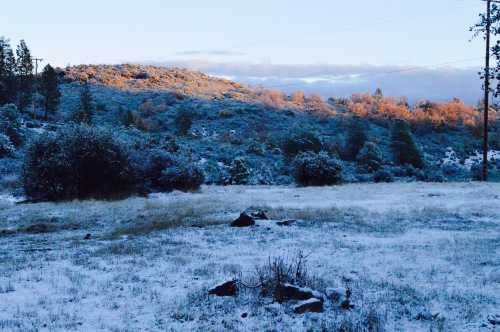 I think I’m starting to get this whole “responsible adult” thing down. Just yesterday I turned down a free donkey. The owner was even going to drop him off for us! Guys… It was free! Trevor said he talks to the donkey often and he is very friendly. Yes, I know how odd that may sound to people who don’t pass by donkeys on a regular basis. But in the land of larger farm animals, it’s important to talk to sweet donkeys.

Turning down this donkey was kind of big for me. I can’t tell you how much I would love a donkey. But, alas– I am being responsible. While I have a pen that would be okay, the goats are in there with nowhere else to go. So if this donkey did not get along with my goats, I’d be screwed. Or if this donkey was frightened by our incredibly forceful thunder and lightning, it could easily bust our fence and I’d be screwed.

Feeding a donkey wouldn’t take much more than we are alrea,dy set up for, so that wasn’t a real issue. It’s taking in a large animal with no time to prepare that gave me pause. Like someone handing you a candy bar when your mouth is already full. “Uh.. I dwont tink I cawm hanmule tmat mright now..”

I would have said yes if we had our new fence up and if I had the cash to go down and buy a horse blanket. I guess this donkey had been out in our recent mega-hail/wind/rain storms with nothing and was fine, but it would give me piece of mind. I had neither, so I gave a reluctant “no thanks” to my candy bar.

Alas– no donkey this week. It would have been incredibly fun though! *Sigh*  Someday I will be adequately prepared and then I will have my donkey.

It has been too long since I was last in the blog groove. So I’m going to show off our pumpkin harvest. Luckily, when we were evacuated, our pumpkins were mostly ripe. When we returned, the plants were long dead after the oppressing smoke and lack of water, but a dozen or so beautifully orange pumpkins and deep green squash were ready to pick.

We have since made a couple batches of pumpkin soup (recipe around the blog somewhere) and a pan of pumpkin bars. These beauties were seeds harvested from our climbing Amish Pie Pumpkins planted at our Sonora rental garden. Great tasting pumpkins, for certain. 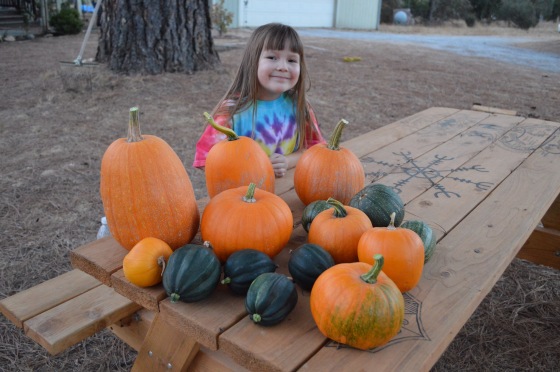 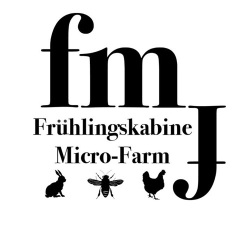 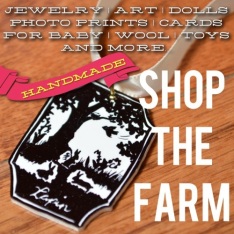 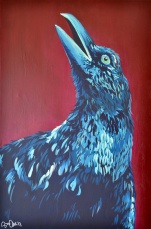 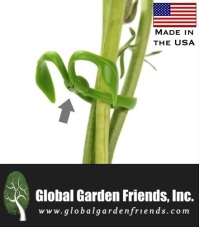 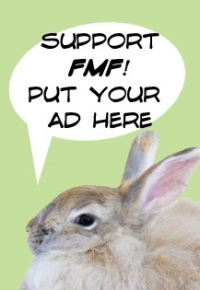 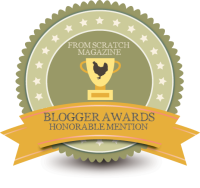 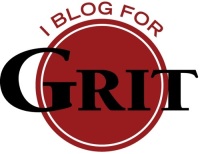 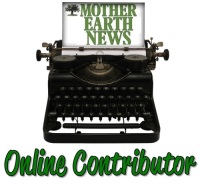 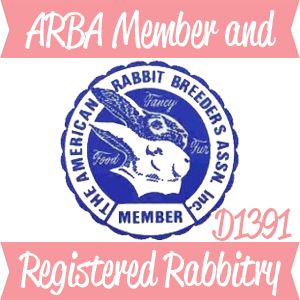